The 20th Century was a time of dramatic shifts in religious profession.  In light of the ever-broader values – including secularism, pluralism and liberalism – that globalization imposes onto the world, many regions, countries and ethnic groups react by reasserting a more traditional or fundamental expression of their faith.

Listed below are the religions with largest percentage of adherents in the population .

Christianity has become the most global of religions.  There is no country without a Christian witness or fellowship of indigenous believers (although in a few cases, they must remain secretive).

Muslims live largely in the great arc or territory stretching from West Africa through the Middle East, Central Asia, to Indonesia.  Their growth in the past 100 years has been rapid – from 12.3% in 1900 to 22.9% in 2010

Hinduism has made notable missionary inroads in the West though the wide acceptance of transcendental meditation, yoga, New Age thinking, sects such as Hare Krishna, and Indian gurus.  It has also become more militant and repressive of Christians in its heartlands of India and Nepal, reacting against the evangelism and growth of the Church.

The non-religious, or secular, bloc has shown the most massive growth in the past century, from a tiny 0.2% of the world’s population in 1900, to 13.6% in 2010 – mainly Europeans and Chinese.  Christians have generally proven singularly ineffective in communicating the gospel to secular, postmodern culture.  But secularism is very effective at undermining Christianity. 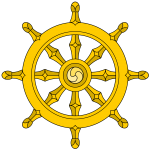 Buddhism is the state religion of 4 nations in Asia, the majority in a further 3 and a significant minority in yet another 9.  The majority of this total is actually a mixture of Buddhism with Chinese religions (Daoism, Confucianism and Shinto).  The various religious systems are so intermingled that a clear differentiation is hard to make.

Confucianism and Taoism, plus Buddhism (Chinese Religions), constitute the “three teachings”, philosophical frameworks which historically have had a significant role in shaping Chinese culture. Elements of these three belief systems are incorporated into folk or popular religions.

Ethnic religions and animism actually see a resurgence throughout much of the world.  In traditional cultures, such religions might in relative decline, but they continue to deeply influence and underlie the four major world religions that have supplanted them.
Many followers of world religions remain, in practice, shamanists, idolaters, spiritists, ancestor worshippers, fetishists, wiccan and others.

Sikhism, originating in northwest India, is one of the more recent world religions.  Many Sikhs have migrated to other countries.  Few Christians hav ever sought to understand their religion ato find ways of sharing the Gospel.  Christians from a Sikh background remain relatively few, but this is beginning to change as believers start to reach out to Sikhs both in India and in the Sikh diaspora.

Jews are declining in number in most countries.  Nearly 37% of all Jews now liv in Israel.  Of the world’s 14,8 million Jews, some estimate that there may be about 150 000 Messianic Jews, the majority in the USA.That Jews should find salvation in Messiah Yeshua remains a key concern for Christians.