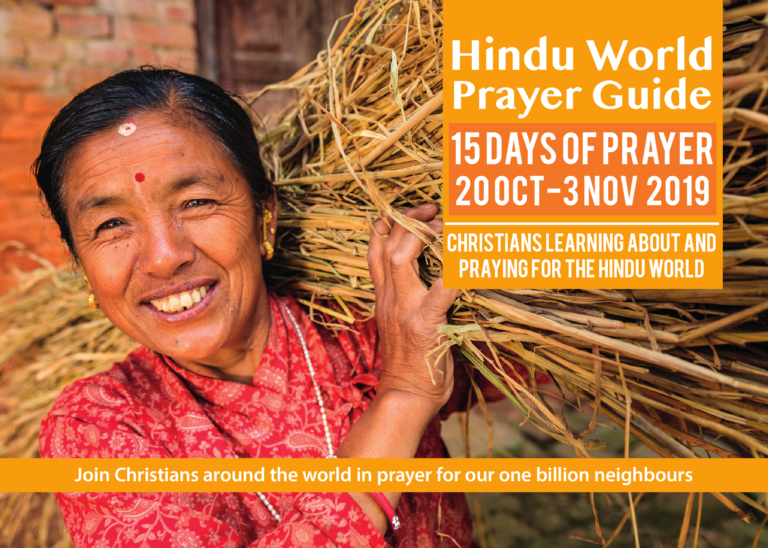 The annual Hindu World Prayer Focus calls Christians and churches worldwide to take 15 days to learn about and pray for our world’s over one billion Hindu neighbours. That period also encompasses the significant Hindu Festival of Light (Diwali). The informative prayer guide booklets will help Christians to know how to pray for the people(s) growing up within this major and very diverse world religion.

Diwali (or Deepawali) is known as the Hindu Festival of Lights, and is one of India’s most important annual celebrations, lasting about 4-5 days. While (similar to Christmas celebrations in the Christian world) it has historical and religious roots, Indians celebrate it by lighting and displaying rows of small oil lamps, participating in family gatherings, consuming special sweets and watching fireworks.
It is not our intention with this prayer focus to disparage India or the Hindu religion. in any way. We recognize that both are far too complex and too full of great traditions to simply or easily condense, explain or take lightly within a mere booklet.

At the same time, as Christians, we long that all the world’s people(s) will have an opportunity to freely see, hear and understand the grace of God incarnated in Jesus Christ.
To this end, we inform ourselves, pray for and want to support opportunities to make that grace known also within the world’s Indian and Hindu communities.

We invite all Christians and churches to participate and to learn about and pray for Hindus.