President Dedicates his Nation to God!

Great leaders are prime targets for Prayer. Sometimes they are enemies of Christianity but most of the time they just need the work of the Holy Spirit in their lives. Like Saul of Tarsus, it is possible for anyone to become a great spokesperson for Christ. However without prayer, it will remain only a possibility.

Such has been the case with President Yoweri Kaguta Museveni of Uganda.
Museveni was involved in the war that deposed Idi Amin Dada, ending his rule in 1979, and in the rebellion that subsequently led to the demise of the Milton Obote regime in 1985. With the notable exception of northern areas, Museveni has brought relative stability and economic growth to a country that has endured decades of government mismanagement, rebel activity and civil war. His tenure has also witnessed one of the most effective national responses to HIV/AIDS in Africa.

Behind the scenes many have been praying for him – especially his wife, a devout and dedicated believer, his children, fellow Ugandans as well as many others around the world.

And, as we all know, PRAYER WORKS! Recently a “Jubilee Prayer Night” was organized by Uganda Jubilee Network, an association of Anglican, evangelical and Pentecostal churches. The network, coordinated by Dr. James Magara of Intercessors for Uganda, has been guiding Christians to fast and pray for Uganda to be a God fearing nation in the next 50 years.

In a Historic moment President Museveni repented for his sins and the sins of Uganda as a nation. He dedicated Uganda to God to be His nation anchored on His principles and values.
The President, indicating that the next 50 years belong to the young generation, advised the young people to be God-fearing referring to the Biblical verse in Proverbs 9:10 which says, “The fear of God is beginning of wisdom.” 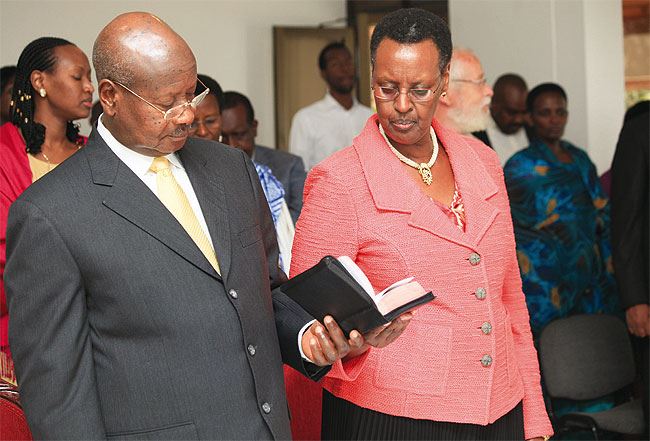 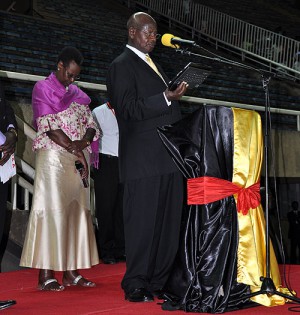 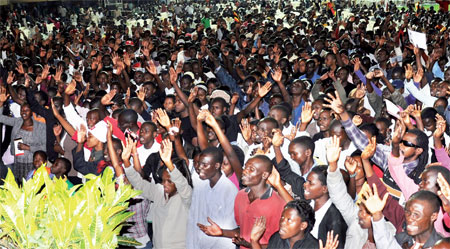 Whenever we pray for people, we can envision the changes that would happen if their energies were redirected toward Christ.

NO-ONE is beyond God’s reach, and prayer keeps them within His grasp.

Please continue to pray for President Museveni , his family and all the people of Uganda!