From Smugglers to Top Sellers 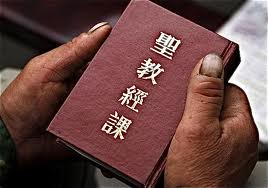 BEIJING — There was a time when owning a Bible in China was illegal. For decades, missionaries smuggled tons of Bibles and other Christian literature into China.

But not anymore. In the world’s most populous nation, technically still Communist and officially atheist, comes the story of a mission to reach China’s masses with God’s Word.

“There is still a lot of darkness here that is suppressing the light,” Joseph Cui, a Christian businessman in Beijing, said. “We have seen God open the doors and He wants us to be a light. He wants us to be like the light of dawn. And as that light grows brighter, the darkness will recede.”